Dear Readers,
What if the God became a disgruntled old man living in the desert?  What if the devil was bored with God's seeming indifference to mankind?  How far would he go to get God involved with the world again?
Purgatory Road by Samuel Parker explores these questions and so many more.  Several of which I didn't even think to ask myself.
Jack and Laura have grown apart.  His drive to be better, to succeed, to have it all, has left her feeling like she never matters to Jack.  A short trip to Las Vegas is supposed to bring the magic back.  But all it does is make their differences more glaring as Jack can't seem to relax and can't wait to get home.  When he suggests a short sightseeing trip to the desert, Laura figures it can't hurt and maybe they can talk.  What happens next, neither one of them ever planned on.
Molly just wants to be on her own.  She feels trapped at home, sure the confines of her parents' rules will kill her if she doesn't get out soon.  Off into the world she goes, feeling brave and strong.  What she finds instead is a man who doesn't really care who she is as long as she fulfills his plans.
Paths cross, stories meet and things happen.  Things that will leave you a bit unsettled.  Things that will make you wonder how you would respond in the same situation.  Things that may even make you ask, how is God trying to get my attention?
I have heard this book described a couple different ways.  It was described as The Shack only scarier, and as a new Frank Peretti style book.  To me it fits either and yet stands completely on its own.  It doesn't seek to mirror either author, Samuel just brings up a book that will not leave you the same.
Just remember what doesn't kill you makes you stronger.  Or so the saying goes.
Happy Reading,
Posted by Chris Jager - Baker Book House-fiction buyer at 9:00 AM

For Email Marketing you can trust 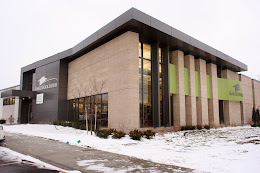 Chris Jager - Baker Book House-fiction buyer
I have worked at Baker Book House retail for over 17 years now. I have been the fiction buyer for most of those years. It is the one job I have always dreamed of doing. I have been a reader all my life. In fact the library in my hometown and the one in the next town over, knew me by name. I mention this only to tell you that the books I review I do read. One of my pet peeves is book reviews that promptly give away something important. I try very hard not to do this and that does make my review a bit strange sometimes, but email me anytime to ask about a book if you have any questions. Thank you for reading my blog.